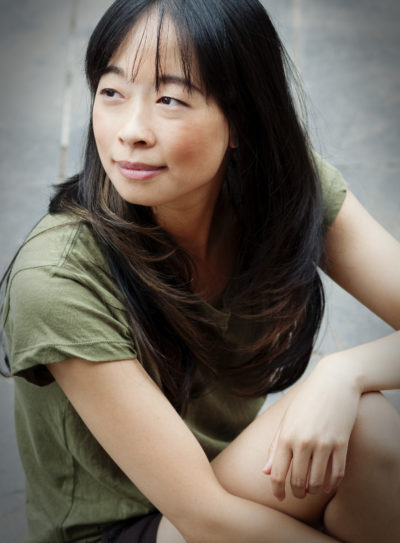 Au, whose novel was selected from an international field of almost 1500 submissions and a shortlist of six, receives a US$10,000 (A$12,926) advance against royalties and simultaneous publication by Giramondo Publishing in Australia and New Zealand, Fitzcarraldo Editions in the UK and Ireland, and New Directions in North America.

In Cold Enough for Snow, a daughter takes her mother on a visit to Tokyo. They walk the canals at night, escape the typhoon rains, share meals in small restaurants and visit galleries in an itinerary planned by the daughter. All the while, they talk: of the weather, of clothes and objects, of family, migration and memory. But who is really speaking, and what is the real purpose of their journey? Cold Enough for Snow is at once a reckoning and an elegy, one which questions how we can know another’s inner world.

Giramondo associate publisher Nick Tapper said, ‘To run a prize involving three publishers across three continents, and writers from every part of the world, could seem a crazy undertaking, but we are delighted with the outcome. We all admire the quality and sensitivity of Jessica’s voice. It’s wonderful to have an Australian writer—one with a strong international outlook—as the winner of the award’s first edition.’

‘I’m a huge admirer of all three publishers—they have a rare sense of commitment to literature, which as a reader I find necessary and nourishing, as well as wonderful histories,’ said Au. ‘I’m thrilled to be one of the many authors on their lists, and excited to be working with them over the coming year.’

Au is the former deputy editor of Meanjin and is currently an associate editor at Aeon magazine. Cold Enough for Snow is Au’s second novel; her first, Cargo, was published by Picador in 2011.

Cold Enough for Snow will be published internationally in early 2022.