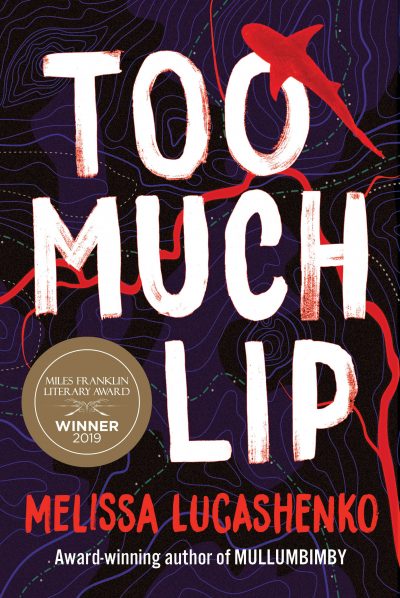 Despite the Covid-19 pandemic putting a halt to international travel, a majority of Australian rights managers and literary agents have reported a stable rights market over the past year, with strong demand for audio and screen rights. Here are some of the highlights.

A major award win and a shortlisting have helped two Australian novels secure rights deals over the past year.

The University of Queensland Press has sold world English language rights (ex ANZ) to Melissa Lucashenko’s 2019 Miles Franklin Literary Award-winning novel Too Much Lip to HarperCollins international imprint HarperVia, in addition to Chinese simplified and Italian language rights. Too Much Lip, the sixth novel from the Indigenous author, is a ‘dark and funny’ story about a woman who returns to her hometown after an armed robbery gone awry to farewell her dying father.

Wild Dingo Press has sold Arabic rights and numerous translation rights to the International Booker Prize-shortlisted novel The Enlightenment of the Greengage Tree by Iranian-Australian writer Shokoofeh Azar via Natasha Solomun from The Rights Hive on behalf of The Newman Agency and Wild Dingo Press. US and UK rights were previously sold to Europa Editions. Narrated by a 13-year-old ghost, the novel tells the story of a family fleeing their home in Tehran following the 1979 Islamic Revolution.

Pip Williams’ bestselling debut novel The Dictionary of Lost Words has continued to reach new territories over the past year. Its publisher Affirm Press has sold rights to the US (Ballantine), Germany, Holland, South Korea, Spain, Russia and Taiwan, in addition to pre-emptive offers at the 2019 Frankfurt Book Fair from Chatto & Windus in the UK and Garzanti in Italy.

At Allen & Unwin, rights highlights for the year include the debut thriller The Girl in the Mirror by Rose Carlyle and historical fiction Finding Eadie by Carrie Beecham; and in nonfiction, Kitty Flanagan’s comic guide to modern life, 488 Rules for Life; and Anita Collins’ The Musical Advantage, which explores the benefits of learning music for children’s brain development. All of these titles are about to be published in North American and multiple other territories.

Among Text Publishing’s rights highlights from the past year are two forthcoming debuts, which have each sold for six-figure deals. Emily Spurr’s A Million Things—a story about friendship, which centres on 10-year-old Rae, her dog Splints and her neighbour Lettie—was sold to Berkley in North America in a two-book deal, among other territories; while Hugh Breakey’s debut novel The Beautiful Fall—a romance with a memory-loss twist—was sold to Blanvalet in Germany and Fleuve in France.

See What You Made Me Do: Power, control and domestic abuse by Jess Hill, which won this year’s Stella Prize for women’s writing, has become an international bestseller for Black Inc. over the past year, with rights sold to the US (Sourcebooks), UK/Commonwealth ex ANZ (Hurst Books), Hungary, Russia, Turkey, Traditional Chinese character, Film/TV (Northern Pictures) and audio (Audible).

Jacinda Ardern: A New Kind of Leader by Madeleine Chapman, a biography of the New Zealand prime minister, has also travelled well for Black Inc., with rights sold to the US (Skyhorse Publishing); UK/Commonwealth ex ANZ (The History Press); Hungary; traditional Chinese character and audio (Ulverscroft).

NewSouth Books’ biggest rights deals over the past year have been a US deal for Flames of Extinction: The terrible toll of Australia’s bushfire crisis on Australia’s wildlife and the heroic efforts to save it by John Pickrell to Island Press—it ‘shows the world is watching Australia when it comes to the threat of extinction to our native animals and the catastrophic effects of climate change’, says the publisher—and the continuing global success of Eleanor Gordon-Smith’s Stop Being Reasonable, with recent sales for Japanese and Chinese language rights.

Scribe has reported renewed interest in topical backlist titles this year, in particular, Why Aren’t We Dead Yet? by Idan Ben-Barak, an entertaining guide to the immune system, which has been sold into six territories, most recently Taiwan; and The Woman Who Cracked the Anxiety Code by Judith Hoare, the true story of a mental-health pioneer who revolutionised the way we treat anxiety, with recent deals for translation and film rights.

It’s been a standout year for Australian picture book creator Philip Bunting, with his front and backlist titles selling into multiple territories.

Scholastic Australia has sold rights to Bunting’s 2018 picture book How Did I Get Here?—‘one of the best picture books on evolution,’ according to US publisher Little, Brown—in 17 territories across the US, UK, European and Asian markets.

Meanwhile, Hardie Grant Children’s has sold Bunting’s 2020 book Your Planet Needs You!—a ‘highly original nonfiction guide to reducing household waste, presented in a picture-book format’—into nine territories, and his picture books Wild about Dads and Wild about Mums to Germany and the Netherlands.

Highlights from Hachette Australia’s children’s list this year include a co-edition for Ben Sanders’ ‘Lento & Fox’ series in the US, with 74,000 copies of My Book (Not Yours) and My Pet (Not Yours) shipped to the States, as well as rights deals in China and Turkey; and Sami Bayli’s The Illustrated Encyclopedia for Ugly Animals, with rights sold in the US, UK, China and Russia, as well as a film option and merchandising agreement.

Allen & Unwin has had international success with its nonfiction picture books I See, I See by Robert Henderson and Argh! There’s a Skeleton Inside You! by Idan Ben-Barak and Julian Frost, as well as its graphic novels list, in particular the ‘Sherlock Bones’ junior fiction detective series by Renee Treml.

Fremantle Press author Kelly Canby’s picture books continue to find new readers around the world, with her 2018 title The Hole Story, released in nine regions over the past year. Her new books Rodney and Littlelight have also recently been sold into South Korea, Turkey and Taiwan.

Pantera Press’ biggest international success this year has been Lucy Bell’s You Can Change the World, ‘a beautifully illustrated nonfiction title for children aged 8-12, which leads kids on a mission to make our earth a better place’. World English language rights have sold to HarperCollins UK (non-exclusive for North America) and North American English rights to Andrews McMeel, in addition to German, Spanish and Afrikaans rights.