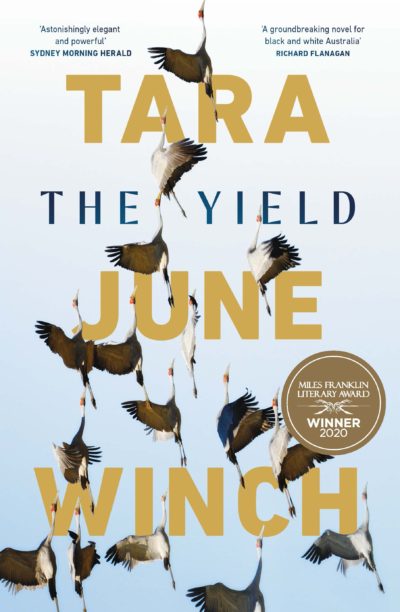 Three Australian books have collected several prestigious awards and shortlistings over the past six months: Tara June Winch’s novel The Yield (Hamish Hamilton), ‘a powerful reclaiming of Indigenous language, storytelling and identity’, which won the Miles Franklin Literary Award; journalist Jess Hill’s investigation of domestic violence, See What You Made Me Do (Black Inc.), which picked up the Stella Prize for women’s writing; and Favel Parrett’s novel There Was Still Love (Hachette), which was named Book of the Year at the independent bookseller-voted Indie Book Awards.

A number of up-and-coming Australian authors have been recognised in two local awards: the Sydney Morning Herald’s Best Young Australian Novelists, and the Readings New Australian Fiction Prize, which announced its shortlist in late August.

In genre fiction, the winners of the Davitt Awards for crime books by Australian women, the Romance Writers of Australia Romantic Book of the Year Awards and the Aurealis Awards for science fiction, fantasy and horror writing have been announced, as have the shortlists for the Ned Kelly Awards for Australian crime writing. Crime fiction authors Adrian McKinty (The Chain, Hachette) and Dervla McTiernan (The Scholar and The Ruin, both HarperCollins) also picked up international awards in recent months.

Australian writer and academic Maria Tumarkin is one of eight recipients of this year’s Windham Campbell Prize, the world’s richest literary prize, for her work in nonfiction, including her latest book Axiomatic (Brow Books).

Other recent children’s book award winners include writer/illustrator Shaun Tan, who won the UK’s Kate Greenaway Medal for his picture book Tales from the Inner City (Allen & Unwin); Jack Heath, who won the Ena Noël Award for emerging writers and illustrators for his collection of action stories 500 Minutes of Danger (Scholastic); and Lisa Fuller for her YA thriller Ghost Bird (UQP) and Matilda Woods for her junior fiction The Girl, the Cat and the Navigator (Scholastic), which picked up the Readings YA and children’s book prizes respectively.

The shortlists for the Children’s Book Council Book of the Year Awards have also been released, with the winners announcement due in late October.