A Secret Australia: Revealed by the WikiLeaks Exposés

In A Secret Australia, eighteen prominent Australians discuss what Australia has learnt about itself from the WikiLeaks revelations – revelations about a secret Australia of hidden rules and loyalty to hidden agendas. However Australians may perceive their nation’s place in the world – as battling sports stars, dependable ally or good international citizen – WikiLeaks has shown us a startlingly different story.

This is an Australia that officials do not want us to see, where the Australian Defence Force’s ‘information operations’ are deployed to maintain public support for our foreign war contributions, where media-wide super injunctions are issued by the government to keep politicians’ and major corporations’ corruption scandals secret, where the US Embassy prepares profiles of Australian politicians to fine-tune its lobbying and ensure support for the ‘right’ policies.

The revelations flowing from the releases of millions of secret and confidential official documents by WikiLeaks have helped Australians to better understand why the world is not at peace, why corruption continues to flourish, and why democracy is faltering. This greatest ever leaking of hidden government documents in world history yields knowledge that is essential if Australia, and the rest of the world, is to grapple with the consequences of covert, unaccountable and unfettered power.

Not only was WikiLeaks.org conceived in Australia, it has given Australians a lot to think about too. This book reflects on the impact and implications for Australia of once-secret documents as revealed over the past decade by WikiLeaks.

Felicity Ruby is a PhD candidate at Sydney University undertaking research on surveillance and democracy. Peter Cronau is an investigative journalist and a producer for ABC TV’s Four Corners. 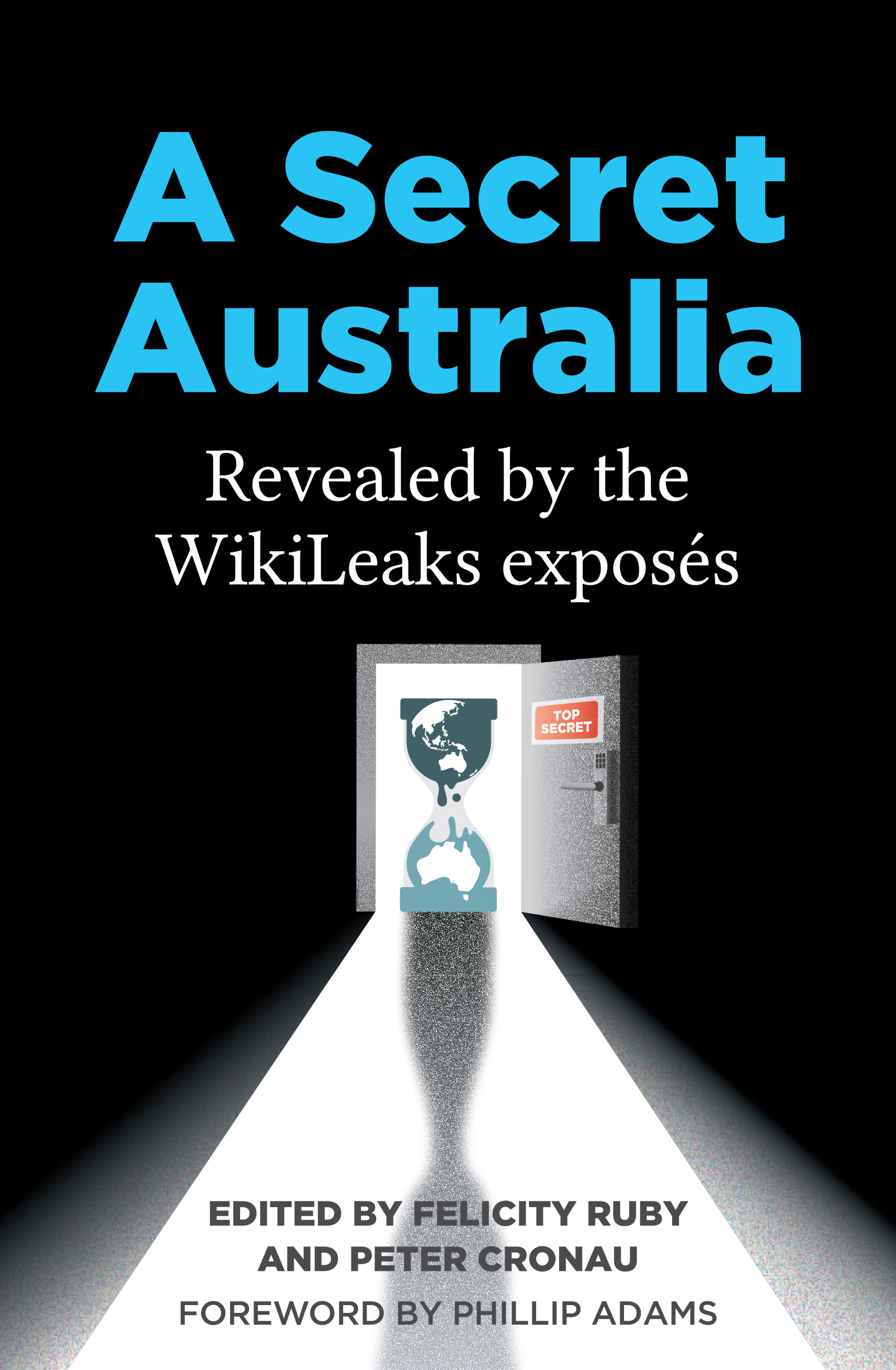