Caught in the Act

Boy, girl, artist, advocate. Courtney is more than the sum of her parts.

Meet Shane Jenek. Raised in the Brisbane suburbs by loving parents, Shane realises from a young age that he’s not like all the other boys. He finds his tribe at a performing arts agency, where he discovers his passion for song, dance and performance. Shane makes a promise to himself: to find a bigger stage.

Meet Courtney Act. Born in Sydney around the turn of the millennium, Courtney makes her name in the gay bars of Oxford Street and then on Australian Idol. More than ten years later, she makes star turns on RuPaul’s Drag Race and Celebrity Big Brother UK, bringing her unique take on drag and gender to the world.

Behind this rise to national and global fame is a story of searching for and finding oneself. Told with Courtney’s trademark candour and wit, Caught in the Act is about our journey towards understanding gender, sexuality and identity. It’s an often hilarious and at times heartbreaking memoir from a beloved drag and entertainment icon. Most of all, it’s a bloody good time.

Boy, girl, artist, advocate. Courtney Act is a contemporary artist, one of the first to show their gender fluidity. 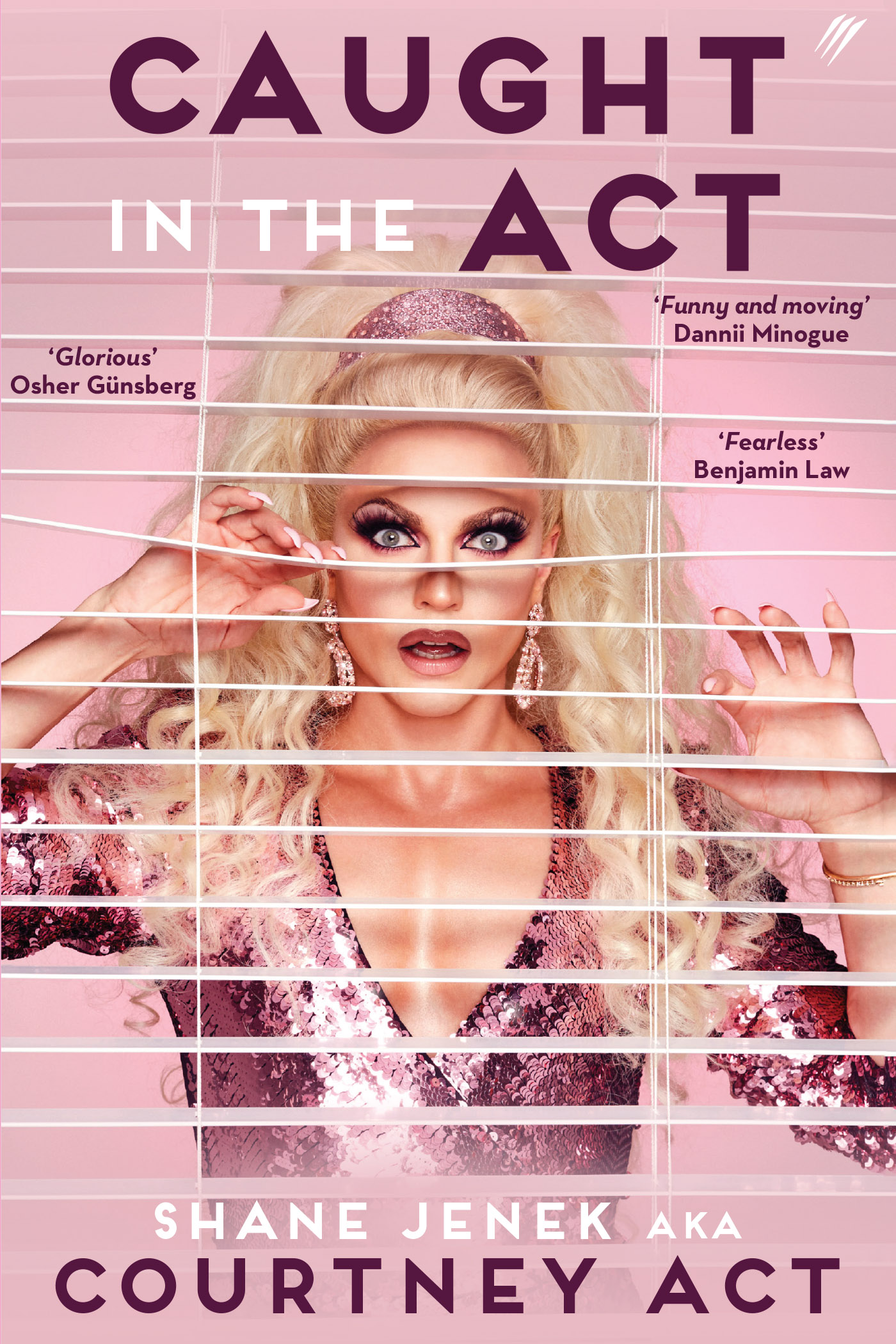