This book is about the devastating infectious disease epidemics which were introduced into the Indigenous populations of Australia after the arrival of the British colonists in 1788. Epidemics of smallpox, sexually transmitted diseases particularly syphilis and gonorrhoea, tuberculosis, influenza, measles swept through the indigenous populations of the continent well into the twentieth century the consequences of which still echo today in Aboriginal health and life expectancy.

Many historians writing about the early colonial history of Australia have tended to acknowledge that introduced diseases caused much sickness and mortality among the Aboriginal populations and were part of the huge population decline following colonisation. But few of the writers have gone on to elaborate much further.

Consequently, much of Australia’s history is missing, even after more than 200 years. Our knowledge and understanding of the biological consequences surrounding the meeting and contact of these two cultures has not yet been fully investigated.

This book examines the major epidemics and explains the complexities of disease infection and immunology: which diseases were responsible for the Aboriginal population decline across Australia in the colonial period, when and where did they occur, how severe were they, how long did they last, which diseases were more devastating, and why were they so devastating? The author also focuses on the individual medical history of Truganini, the Tasmanian Aboriginal woman erroneously known as ‘the Last Tasmanian’. Focusing on the disease burden she faced during her life we can develop a deeper and personal understanding of how the First Nation Australians suffered and yet survived.

What this investigation reveals is nothing short of the greatest human tragedy that has occurred in the long history of Australia. There can be little doubt in that, and it is a story that all Australians should read.

This is certainly a comprehensive account and will likely be drawn upon by historians for decades to come.

This long-awaited book makes an extremely important contribution to the field of history, either of medicine, race relations or both.

Exemplary in the qualities that distinguish it from oppositional thinking, particularly in its humility… It challenged almost in passing many of my received images of Australian settlement...

Peter Dowling holds a PhD in archaeology and biological anthropology from the Australian National University. He has written and lectured on Australian history, archaeology, Indigenous and European biological contact history and Australian cultural heritage assessment. 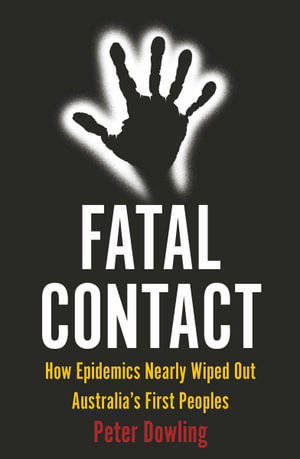