Tarenootairer (c.1806–58) was still a child when a band of white sealers bound her and forced her onto a boat. From there unfolded a life of immense cruelty inflicted by her colonial captors. As with so many Indigenous women of her time, even today the historical record of her life remains a scant thread embroidered with half-truths and pro-colonial propaganda.

But Joel Stephen Birnie grew up hearing the true stories about Tarenootairer, his earliest known ancestral grandmother, and he was keen to tell his family’s history without the colonial lens. Tarenootairer had a fierce determination to survive that had a profound effect on the course of Tasmanian history. Her daughters, Mary Ann Arthur (c.1820–71) and Fanny Cochrane Smith (c.1832–1905), shared her activism: Mary Ann’s fight for autonomy influenced contemporary Indigenous politics, while Fanny famously challenged the false declaration of Indigenous Tasmanian extinction.

Together, these three extraordinary women fought for the Indigenous communities they founded and sparked a tradition of social justice that continues in Birnie’s family today.

From the early Bass Strait sealing industries to George Augustus Robinson’s ‘conciliation’ missions, to Aboriginal internment on Finders Island and at Oyster Cove, My People’s Songs is both a constellation of the damage wrought by colonisation and a testament to the power of family. Revelatory, intimate and illuminating, it does more than assert these women’s place in our nation’s story – it restores to them a voice and a cultural context.

Joel Stephen Birnie is an academic, visual artist and filmmaker. Raised predominantly by his Indigenous Tasmanian family, he proudly embraces a multi-ethnic heritage from across the globe. Joel’s creative work has been exhibited in galleries and cinemas across Australia. 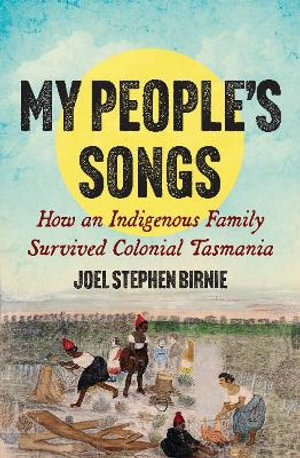