Photos in the Attic

Photos in the Attic is a compelling romance that follows the heart-wrenching story of a soldier caught between the love of two women.

The tale is brought to life with the discovery of the Thuillier photos that were taken in Vignacourt, France, during World War I. These images hold answers to some questions raised by a current-day character, VALERIE BERNARD, who is a village local.

In 1916, ROSIE MARCHAND leaves her hometown of Albert on the Somme. A survivor of the war, she finds shelter in the home of her cousin, photographer LOUIS THUILLIER, a shell-shocked veteran of Verdun, who with his wife ANTOINETTE takes pictures of soldiers behind the lines.

For Australian BILL FOSTER, the war is a faraway adventure where he is driven to go and join his brother. Bill is in love with ISABELLA DE LUCA, a passionate Queensland woman, and promises to return to her. However, MICK DE LUCA, Isabella’s father, vows to do all he can to ensure this doesn’t happen. JIMMY WALTON, Bill’s Indigenous mate, enlists in the army also and they both go off to war together.

In the Vignacourt hospital, an injured Bill meets Nurse Rosie. Bill can’t understand why Isabella hasn’t written him any letters. This, along with his brother being declared dead and Jimmy being killed in battle, brings Bill to the verge of a complete breakdown. Rosie is his strength during this time, and she nurses him back to health. Their feelings for each other deepen. As the war ends, Bill makes a difficult decision to return to Australia, to Isabelle. This devastates Rosie, and they part in anger.

Bill returns home and finds that Isabella was pregnant, but both mother and baby died during birth ….
Will Bill’s hatred for Mick De Luca rise to the surface?
What is his future?
Is it in Australia or France, and does it feature Rosie?
How do the photos that were found in the attic tie Bill and Valerie Bernard’s lives together?

link to media and author

Donna Fiechtner has co-authored an inspiring book on the WW 1 Graffiti on cave walls in Naours in Northern France and has written the most
recent screenplay and an accompanying novel for Photos in the Attic. The story is set during WWI in Vignacourt, France and Childers, Queensland where principal screenwriter Donna Fiechtner and fellow creative collaborator and husband,Michael,are based. Both historians, it is told through their unique and insightful lens. 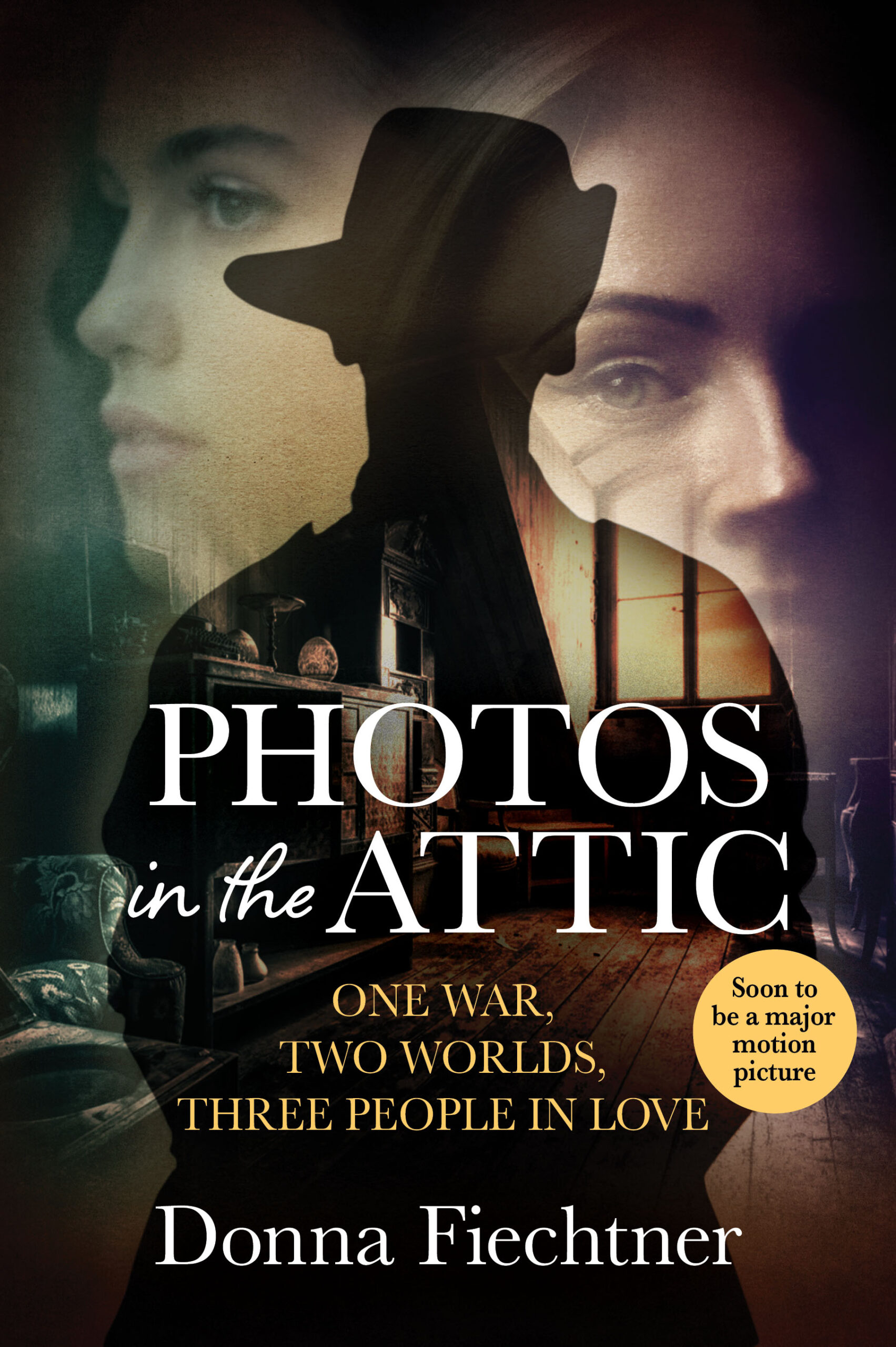