For most of the past 300 million years, the world’s continents were interlinked as the supercontinents Pangaea and then Gondwana. Around 50 million years ago, Australia tore itself free from Antarctica to become the huge, splendidly isolated island it is today. Over time, its creatures began to evolve in ways not seen anywhere else on Earth, with tree-climbing crocodiles, gigantic venomous lizards, walking omnivorous bats and flesh-eating kangaroos roaming the continent.

Prehistoric Australasia: Visions of Evolution and Extinction presents some of the most extraordinary creatures the world has ever seen – all unique to Australia, New Guinea, New Zealand and their surrounding islands.

Over 100 meticulously painted panoramas by palaeoartist Peter Schouten are accompanied by descriptions of the unique environments and features of these animals, written by four of Australia’s foremost palaeontologists. This book explores the nature and timing of extinction events in the Southern Hemisphere, considers whether some of these losses might be able to be reversed, and how we can use the fossil record to help save today’s critically endangered species. Through stunning artwork and fascinating text, Prehistoric Australasia brings this globally unique transformation over time to glorious, colourful life. 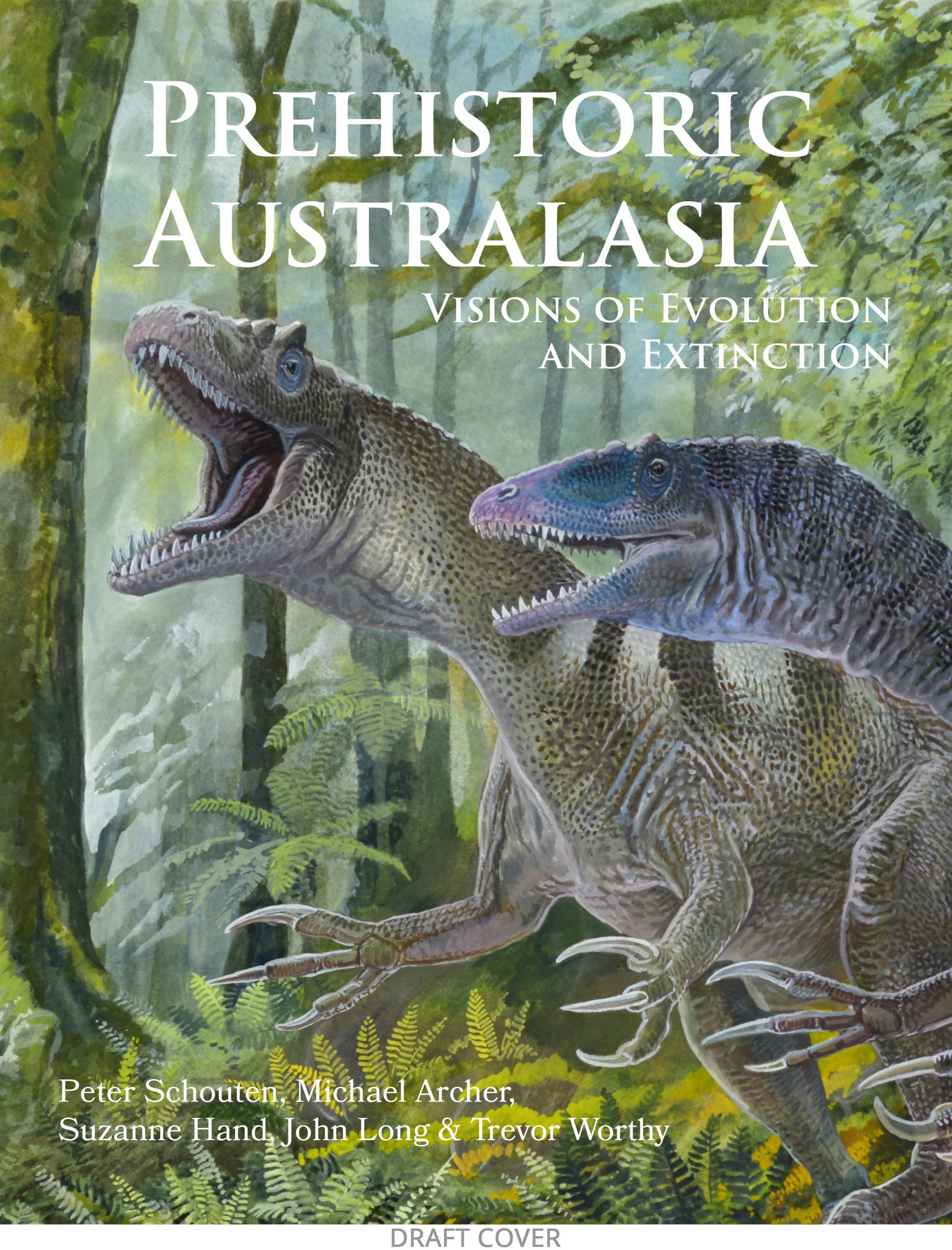 Rights
World English ex.Aust/NZ and all other languages