Rollicking and informative, Reprehensible is your guide through some of the most shameful behaviour indulged in by humanity’s most celebrated figures, as told by Mikey Robins, one of Australia’s most loved comedians.

It is often said that we live in an era of constant outrage, but we are definitely not the inventors of outrageousness. Let’s be honest, human beings have always been appalling. Not everyone and not all the time, but our history is littered with those whose work and deeds
have rendered them . . . reprehensible.

Sometimes it’s our most esteemed luminaries who behave the worst.

What are we to make of Catherine the Great’s extensive collection of pornographic furniture, Hans Christian Andersen’s too-much-information diary and Karl Marx’s epic pub crawls? Or hall-of-fame huckster William McCloundy, who in 1901 actually ‘sold’ the Brooklyn Bridge to an unsuspecting tourist, and the pharaoh who covered his slaves in honey to keep flies off his meal? Did you know about the royal ticklers of the House of Romanov, and the bizarre coronation rituals of early Irish kings? (Let’s just say that eating a white horse wasn’t the weirdest part of the ceremony.)

So sit back and rest your conscience: there will be a host of scoundrels, bounders and reprobates, tales of lust and power aplenty, as we indulge in that sweet spot where history meets outrage, with just a bit of old-school TMZ thrown in for good measure.

Love it. Bloody brilliant. Fascinating and funny in equal measures.'

‘Finally, Mikey Robins has put his vulgar mind to good use, telling history’s lesser known grubby yarns. I love it!’

Mikey Robins is one of Australia’s most well known comedians and broadcasters. He has written for The Daily Telegraph, GQ and Men’s Style, and is the author of Three Beers and a Chinese Meal (with Helen Razor) Big Man’s World (with Tony Squires and The Sandman), and Seven Deadly Sins. 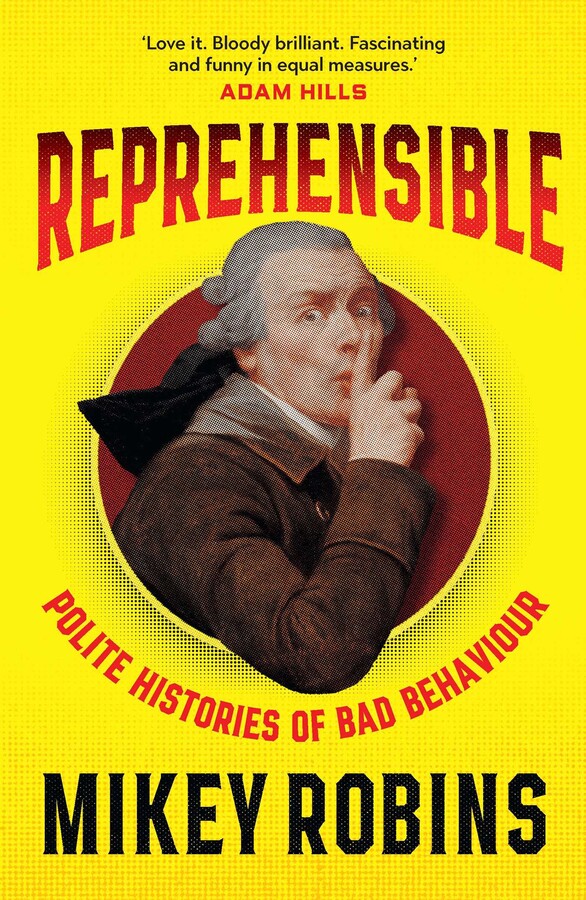