The Freedom of Birds

Two French storytellers and a runaway girl travel through fairytale lands, Italian theatres, and the battlefields of France in search of a place to belong as Napoleon’s Empire falls.

Remi Victoire is the golden child among all the theatre orphans; he dreams of a life on a Paris stage. But when this future is stolen from him, Remi and his faithful friend Pascal turn their backs on Paris forever. With Saskia, a runaway orphan girl, Remi and Pascal form a performing troupe, travelling through the fairytale lands that are home to the Brothers Grimm, before finding a safe haven in Venice. As Napoleon’s vast Empire crumbles, the French storytellers discover that Paris itself is now at risk of invasion and they fear for the loved ones they have left behind.

From picturesque villages to Italian theatres and on to the battlefields outside of Paris, this is a beautifully told story about the bonds of love and friendship, the importance of stories, and finding a place to belong.

Stephanie Parkyn is an historical fiction author with a love of travel, art and nature. She is curious about the human motivations behind the events of history and aims to illuminate women’s experiences in her writing. Stephanie’s first novel, Into the World, was published to wide acclaim in 2017 and longlisted for the Tasmania Book Prize. Josephine’s Garden, based on the true story of the woman who became Napoleon Bonaparte’s Empress of France, was published in 2019. 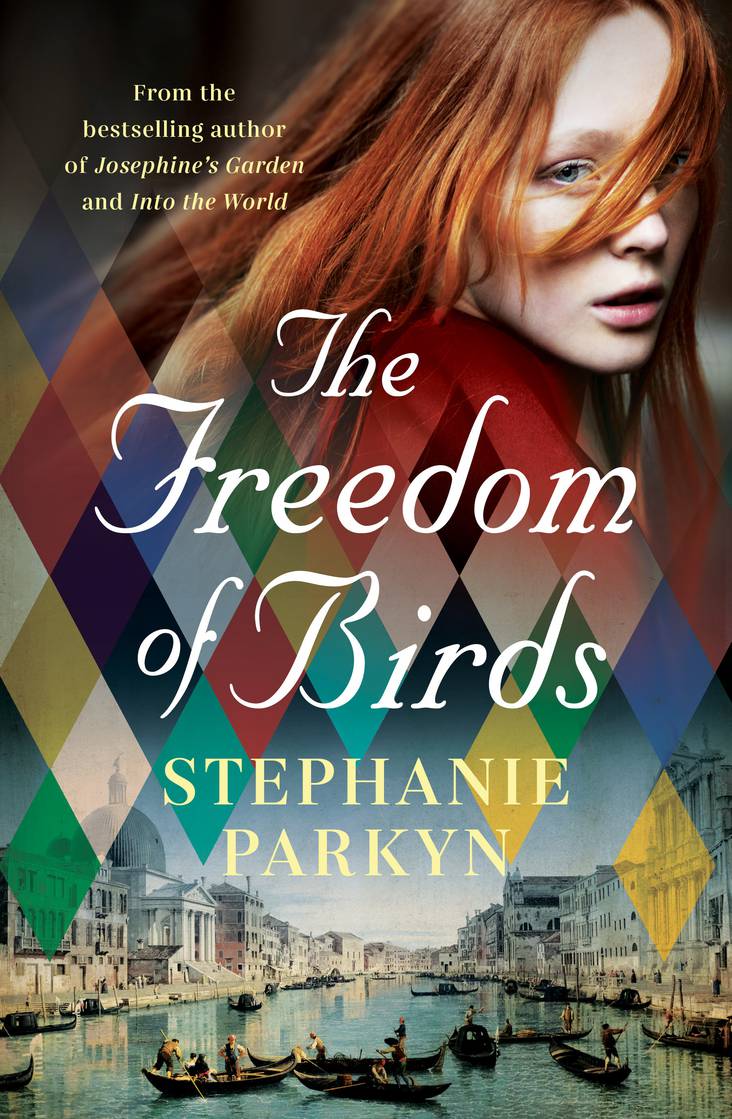