Where the Truth Lies

She was slipping away. The further she fell, the closer the clouds seemed to come. Wispy transparent slipstreams of white. Cirrus. Pain smashed her head. Floating …

When investigative journalist Chrissie O’Brian lands a senior job at The Argus, she is desperate to escape the nightmares of her past. Her life has become a daily battle to numb the pain. But her job is something she can do better than anyone else – and the only thing that keeps the memories at bay.

A face-off on the waterfront between the unions and big business is just the kind of story to get her career back on track. But after a dockworker who confided in her turns up dead, Chrissie becomes obsessed with unravelling the truth. When a gruesome threat lands on her desk, it’s clear someone is prepared to do anything to stop her.

But who is more dangerous – a ruthless enemy or a woman pushed to the edge? Used to fighting her own demons, this is one battle Chrissie is determined not to lose.

Where the Truth Lies was shortlisted for the prestigious Unpublished Manuscript Award in the 2017 Victorian Premier’s Literary Awards.

‘A complex and compelling debut that’s impossible to put down!’

‘Kilmore holds an unflinching mirror up to Melbourne’s darker side in this gritty tale full of twists, packed with compelling characters. An exciting new voice in Australian crime fiction’

Karina Kilmore is a writer and newspaper journalist with more than 30 years’ experience. Her first novel, Where the Truth Lies, was shortlisted for the prestigious Unpublished Manuscript Award at the Victorian Premier’s Literary Awards in 2017. 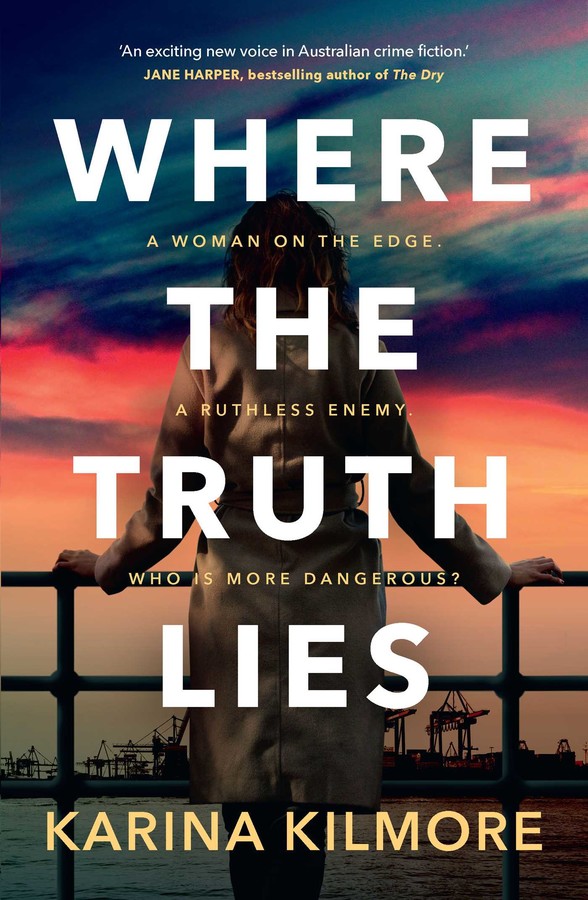