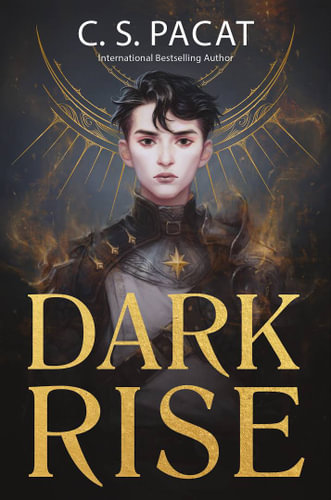 Will is on the run from the men who killed his mother. When a terrifying artefact is unleashed on the Thames docks, Will finds himself thrust into a hidden world of danger and forgotten magic, defended by the Stewards, an ancient order of knights dedicated to the Light. To prevent the rise of a terrible evil, the Dark King, Will must unravel his own role in this realm of reborn heroes and betrayers. C S Pacat’s latest novel—the first in a trilogy—is a YA fantasy that begins breathlessly and rarely lets up. Pacat’s skill is in taking familiar fantasy tropes and spinning them into something lush, dark and dangerous. Those familiar with the Captive Prince series will already be aware of Pacat’s ability to weave intense action with gripping, unexpected twists, and in Dark Rise there are twists aplenty. At its core, the novel is a riff on the traditional changeling fantasy and, at first, seems to play this formula straight. But as the tension mounts, it becomes clear that Dark Rise wants to subvert that story. I had to routinely stop myself flipping to the end to find out if my hunches were correct—but that would have ruined the book’s final explosive revelations. Dark Rise is perfect for fans of Six of Crows by Leigh Bardugo or The Cruel Prince by Holly Black.

Catherine Moller is a freelance writer and editor. She has previously worked with Titan Books, Queensland Writers Centre and Alex Adsett Publishing Services.