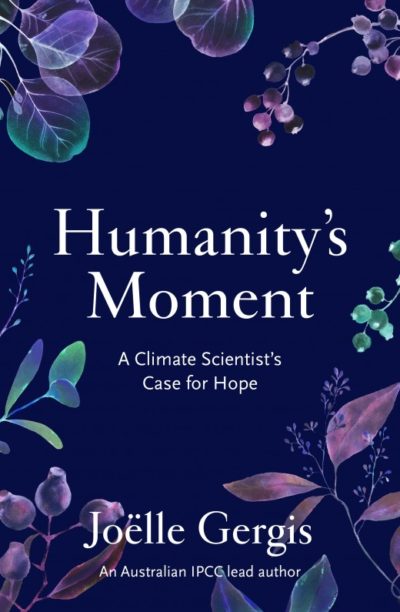 Of all the titles being pitched at LBF, perhap the most instantly recognisable as Australian is forthcoming nonfiction title Koala by biologist Danielle Clode (Black Inc., September), which promises ‘an immersive, entertaining journey into the hidden life of the koala’, which, despite their iconic status and celebrity, ‘remain something of a mystery’ says the publisher. ‘Often affectionate in captivity, they seek out human assistance when in need of water or care yet can also be fierce and belligerent. They are beloved worldwide and feature in popular children’s stories, but are also plagued by sexually transmitted diseases and maligned for a lack of intelligence.’ In Koala Clode combines scientific insight with award-winning storytelling to take readers ‘up into the trees’ with these Australian icons.

Also for animal lovers, Allen & Unwin (A&U) has the true story of an unlikely friendship between a woman and a dolphin, publishing in Australia this June. ‘I’m excited to take Melody Horrill’s A Dolphin Called Jock to London,’ says A&U rights and international sales manager Sandra Buol. ‘We have just sold North American rights, and I hope many more will be drawn to this compelling and heart-warming story of how a traumatised young woman found peace through her friendship with an injured dolphin.’ Buol adds: ‘I know everyone is keen to see material for Gwendoline Smith’s upcoming The Book of Feeling Blue, an enlightening book for anyone with depression, from the internationally bestselling author of The Book of Overthinking.’

Hachette is highlighting Betrayed: The incredible untold inside story of the two most unlikely drug-running grannies in Australian history (June), a relentlessly fascinating, sometimes hilarious and often jaw-dropping true story’ by a journalist who both reported on the drug grannies’ plight after their sentencing in early 1978, ‘but actively fought for their release’.

Scribe is offering Our Members Be Unlimited (Sam Wallman, June), a forthcoming book of comics that explores the history and effects of trade unionism. ‘With a dynamic and distinctive art style, and writing that’s both thoughtful and down to earth, Our Members Be Unlimited serves as an entry point for young people or those new to … notions of collective action, but also as an invigorating read to those already engaged in the struggle for better working conditions—and a better world,’ says the publisher.

In general nonfiction, Black Inc. also has Humanity’s Moment: A climate scientist’s case for hope (Joëlle Gergis, Black Inc., September), a personal call to action from an Australian IPCC author Gergis, who writes: ‘Acknowledging that the world as we know it is coming apart is an act of courage. If I live to look back at this troubled time, I want to say that I did all that I could, that I was on the right side of history. Ultimately, we all have the same choice to make—to step up and leave a legacy, or to ignore the call of history. It really is as simple as that.’ In Humanity’s Moment, Gergis takes readers through the science in the IPCC report and explains what it means for our future, while showing that the solutions we need to live sustainably already exist. Black Inc. says, ‘This book is a climate scientist’s guide to rekindling hope, and a call to action to restore our relationship with ourselves, each other and our planet.’

In November, Black Inc. is publishing The Successor (Paddy Manning), ‘the world’s first biography of Lachlan Murdoch’. Journalist Manning asks whether Rupert Murdoch’s dutiful son can hang onto the empire, or whether ‘the third generation of Murdoch moguls prove the last’. ‘Despite a life in the spotlight, Lachlan’s personality, politics and business acumen remain enigmatic,’ says Black Inc. ‘Is he the ultra-conservative ideologue media reports maintain, or a free-thinking libertarian, as some friends suggest? And as CEO of Fox News, what role did he play in the rise of Donald Trump and now in Trump’s push for re-election?’

A biography of a very different Australian, The Dancer by Evelyn Juers (Giramondo) is ‘a biography for Philippa Cullen’, in which the author of House of Exile and The Recluse, ‘portrays the life and background of a pioneering Australian dancer, who died in tragic circumstances at the age of twenty-five’. Giramondo is also highlighting Last Letter to a Reader by Gerald Murnane, in which the writer presents ‘reports’ on his own body of work, and the memoir How to Be Between by Bastian Fox Phelan, which details how the author ‘comes to terms with being non-binary, with having a body and a way of being in the world that eludes the definitions that people attempt to give them’, writes Books+Publishing reviewer David Little.

Also in memoir, Scribe has Holy Woman by Louise Omer, a ‘Pentecostal preacher and faithful wife’ whose marriage and beliefs crumble. As she reflects on her own past and changing beliefs, Omer visits Mexican basilicas, Swedish cathedrals, Bulgarian mountains, and Moroccan mosques. ‘Holy Woman combines travel writing, feminist theology, and confessional memoir to interrogate modern religion, and gives a raw and personal exploration of spiritual life under patriarchy,’ says the publisher.