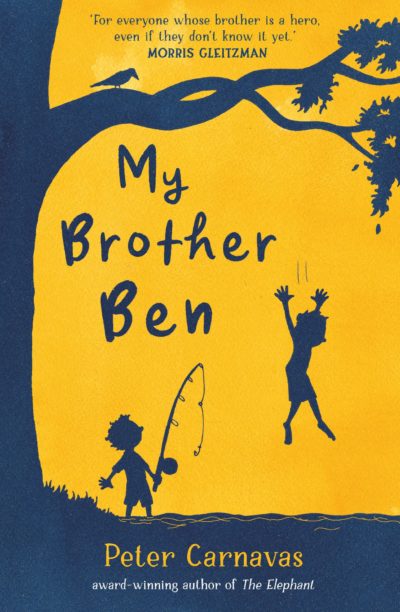 Acclaimed Australian children’s writer Peter Carnavas has followed up his wonderful first novel The Elephant with another book equally full of heart. An ode to sibling relationships, growing up and the natural world, My Brother Ben tells the story of 10-year-old Luke, whose love for birds and birdwatching is eclipsed only by his adoration for his older brother, Ben. Luke and Ben are spending the final days of their summer holidays fishing, swimming and dreaming of one day owning a boat. But the shadow of his absent father looms large in Luke’s mind, along with anxiety about being left behind when Ben moves up to high school in the coming year. He buries his worries in birdwatching, finding comfort in recognising and cataloguing the familiar native birds that live in his area. When a local competition celebrating their community is announced, the brothers’ dream of owning a boat becomes a real possibility, and Luke and Ben throw themselves into producing their entry: a guide to local birdlife. But when school begins, Luke feels a distance developing between him and Ben and suddenly it feels like he might be losing his brother just like he lost his father. Once again, Carnavas has done a masterful job of creating an authentic narrative voice, and this gentle, heartfelt middle-grade novel never veers into sentimentality. The gorgeous, lyrical text captures the surrounds of Cabbage Tree Creek beautifully; every chapter is soaked in sunlight and warm river water. Narrated in the first person by Luke and punctuated throughout by simple line illustrations of the native birds from his guide, My Brother Ben is a wonderful book for introspective young readers aged eight and up.

Lian Hingee is the digital marketing manager at Readings.