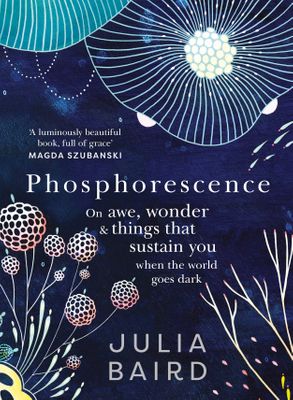 The winners of the 2021 Australian Book Industry Awards (ABIAs) have been announced.

Julia Baird’s nonfiction book Phosphorescence: On awe, wonder and things that sustain you when the world goes dark (Fourth Estate) took out general nonfiction book of the year as well as overall book of year. Published in late March 2020, in the week that Australia and much of the world went into lockdown, Phosphorescence was launched with a Facebook Live Q&A that attracted an audience of 25,000 viewers. It went on to become the second highest selling Australian nonfiction title of 2020 and won the 2021 Indie Book Award for nonfiction. According to Nielsen BookScan, over 139,000 copies of Phosphorescence have sold across all formats to date.

The 2021 ABIA winners, chosen from shortlists announced in early April, are as follows:

Book of the year

General fiction book of the year

Literary fiction book of the year

A Lonely Girl is a Dangerous Thing (Jessie Tu, A&U)

General nonfiction book of the year

Biography book of the year

Book of the year for older children (ages 13+)

Book of the year for younger children (ages 7–12)

The Grandest Bookshop in the World (Amelia Mellor, Affirm)

Illustrated book of the year

International book of the year

The Animals in That Country (Laura Jean McKay, Scribe)

Audiobook of the year

The Matt Richell award for new writer of the year

As previously reported, bookseller Mandy Macky was the recipient of the Lloyd O’Neil Award for service to the Australian book industry and children’s publisher Maryann Ballantyne received the Pixie O’Harris Award for service to Australian children’s literature. The ABIA Rising Star Award was given to Hardie Grant Children’s Publishing head of design Pooja Desai, the second year in a row that a book designer has taken out the prize.

This year’s event included informal drinks and canapes before and after the ceremony, for which guests were seated in the Carriageworks theatre. ‘Casey Benetto was brilliant as always and the closing musical number by Courtney Act was fabulous,’ agent Alex Adsett, who attended in person, told Books+Publishing.

Highlights included winner’s speeches by Eddie Jaku, Alice Vaslavsky and Maryann Ballantyne. ‘The most amazing was Julia Baird for winning Book of the Year, and a moving tribute to her mother, who had just passed away on Tuesday morning,’ said Adsett. ‘Heartbreaking to see her holding it together so well in accepting this award for Phosphorescence.’

The award winners were selected by the ABIA Academy, which comprises more than 250 industry representatives. The 2021 ABIAs were announced on Wednesday, 28 April at a simultaneous live and virtual event streamed on YouTube, hosted by musician and performer Casey Bennetto at Carriageworks in association with the Sydney Writers’ Festival. For more information see the ABIA website.