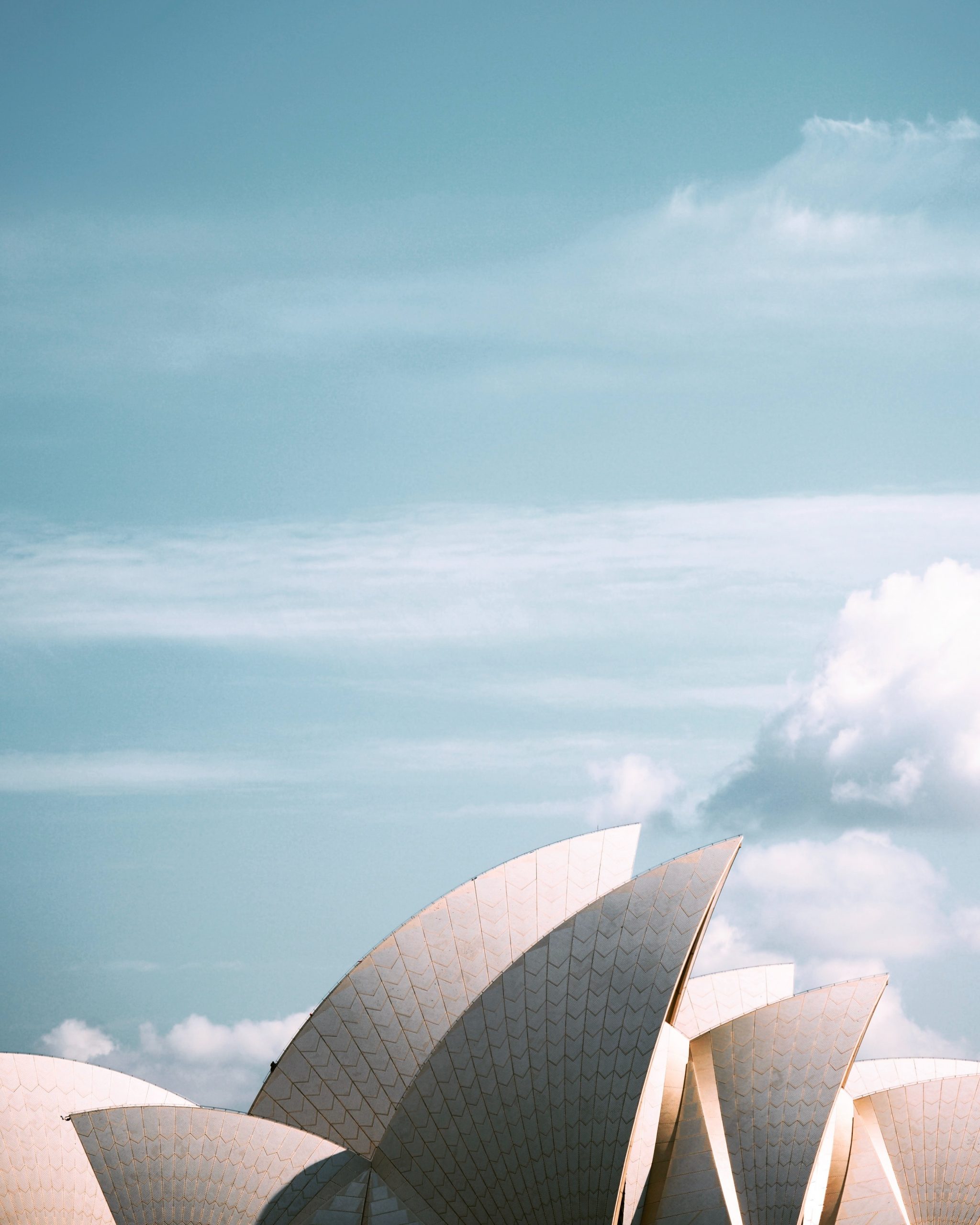 Publishing and the pandemic: The Australian book market in 2020 – by Think Australian

Despite the disruption that the Covid-19 pandemic has had on the Australian book industry this year, overall sales figures are looking surprisingly healthy.

For the first eight months of 2020, adult fiction sales were up 12% in value compared to the same period in 2019, and children’s, YA and educational sales were up 7%, according to data from Nielsen BookScan. Only adult trade nonfiction was lagging slightly, with sales down 1%.

For context, the Australian book market recorded A$1.14 billion in sales in 2019, down 3% on the previous year and following five years of marginal growth. However, it’s important to note that these figures do not include ebooks and audiobooks, as their sales aren’t tracked in Australia in any reliable way.

The cost of Covid

‘In general, sales are well up on last year,’ reports the publishing team at Australia’s largest independent publisher, Allen & Unwin. ‘With so many people in lockdown, books have been an important escape, helping both to entertain people and providing a valuable release from the pressures of living with Covid. Since mid-May, book sales have been trending well above this same time last year, ranging from 5% to 34% higher across the Australian market.’

According to Nielsen BookScan, book sales in Australia surged in the week prior to Australia’s first lockdown in April, increasing by 35% in volume and 10% in value compared to the same period in 2019. While sales dropped to their lowest level for the year as the country entered lockdown, they began to pick up again several weeks later.

‘The good news is that Australians are reading more books so this has benefited the industry on the whole, but some have certainly fared better than others in terms of retail,’ says Hachette Australia and New Zealand CEO Louise Sherwin-Stark.

Sherwin-Stark reports that bookshops in major city centres and some shopping centres have struggled, particularly in Melbourne where a second lockdown was imposed in July, while sales for bookshops in suburban strips and regional towns tended to be up on last year. The major winners have been the online retailers and discount department stores.

The pandemic has also had an unequal impact on publishers. According to a Books+Publishing survey, the major publishers appear to have weathered the fallout from Covid-19 better than many of the smaller publishers, particularly those with titles doing well in discount department stores, chains and online retailers.

In contrast, many of the smaller publishers reported significant declines in sales during the country’s lockdown. A notable exception is Melbourne independent Affirm Press, which chose not to delay any of its titles and published Pip Williams’ debut novel The Dictionary of Lost Words during Australia’s lockdown, to excellent results.

So what are Australians reading?

‘Australians are turning to escapist fiction for a break from the terrible news cycle and re-engaged light readers are turning to well known and loved brands or books that were charting strongly before Covid,’ says Sherwin-Stark. ‘For example, Where the Crawdads Sing by Delia Owens was well established in the charts from the beginning of the year and sales have grown over the year.’

Allen & Unwin’s publishing team reports that crime fiction (front and backlist) has been particularly popular over the past six months, along with new fiction from ‘well-loved local and international authors … as people are looking for something they know they will enjoy’.

In the absence of browsing opportunities, established brands, titles and authors were the clear winners. ‘Debut literary fiction has been more challenging,’ says Sherwin-Stark. ‘In normal times, our debut authors would be out and about meeting booksellers and readers on publication, and this has just not been possible.’

In nonfiction, Allen & Unwin reports that ‘key titles on positivity, focusing on the good in life, and self-care’ have ‘really taken off’. Serious nonfiction has struggled. ‘No one really wants to read about Covid given how much it is already covered in the media,’ says Sherwin-Stark, although she notes that the Black Lives Matters movement has ‘created a surge of interest in books about racism and how it can be combatted’.

Children’s books have been another clear winner, particularly middle-grade literature, which is enjoying a golden age in Australian publishing. As Allen & Unwin reports, ‘Many popular children’s authors have brought out new books that have been snapped up by parents needing to entertain middle-grade-age children being schooled from home.’

Looking ahead to Christmas, the challenge will be for publishers to find ways to make their new titles stand out in a market crowded by Covid-delayed titles, with books coverage in the mainstream media ever-dwindling. ‘Our publicity teams are working harder than ever before to compete for media attention and the exceptional Christmas line-up from all publishers makes this even more challenging,’ says Sherwin-Stark.

That said, Sherwin-Stark notes that the pandemic has encouraged the industry to get more creative in their promotion. ‘Publishers and bookshops have been incredibly innovative to find ways to connect readers with authors—virtual events are excellent and attracting very large viewing audiences and these events will become a part of our promotional mix permanently.’

Several Australian bestsellers in 2019 have continued their run into 2020. The bestselling Australian adult fiction and nonfiction titles in 2019, Trent Dalton’s debut novel Boy Swallows Universe and Scott Pape’s guide to household finance The Barefoot Investor, have topped their category charts for the first eight months of 2020. In fact, Pape’s book has spent an impressive three years at the top of the Australian nonfiction bestsellers chart.

But undoubtedly the biggest success story in Australian publishing this year has been the children’s book series ‘Bluey’, based on the popular children’s television program of the same name. Seven of the top 10 Australian books for the first eight months of 2020 were ‘Bluey’ titles with combined sales of over 650,000, while Bluey: The Beach became the first children’s picture book to take home the top prize at the Australian Book Industry Awards (ABIAs) this year.

The ‘Bluey’ series (books and TV) will soon be available around the world, with Penguin Random House holding global rights to the titles in all languages excluding Chinese languages.

To see a breakdown of the Australian 2020 YTD bestsellers in the adult fiction, nonfiction and children’s categories, click here.

Increase in publishers, drop in titles

In 2019, 5564 different publishing entities in Australia produced 22,634 new titles, according to figures extracted from ISBN records added to Bowker’s Books in Print. This represents a significant increase in the number of publishing entities, which had been hovering around 4000 for the past few years (in 2018 it was 3946).

Despite the increase in publishers, the number of new titles published in 2019 dropped by over 2000 titles (in 2018 it was 24,738), bringing it closer to the levels recorded in 2016–17. These figures include both print and ebook editions, which have different ISBNs.

When it comes to formats, print remains the most popular, and has been recording incremental gains over the past few years. In 2019 paperback titles made up over half (54%) of all formats published, and hardback titles made up another 10% (in 2018 it was 50% paperback, 11% hardback).

Ebooks and other digital formats remained stable at 17% and CD/DVD formats, which include MP3 and digital audiobooks, dropped slightly to 9%, down from 10% in 2018 and 15% in 2016–17, suggesting that the boom in audio may have peaked.

Ultimo plans to publish 60 titles a year, in fiction and nonfiction, with the first expected in late 2021. Hardie Grant CEO Sandy Grant said that Ultimo Press will be ‘distinct, independent and free to pursue its ambitions backed by our broader business’, with a ‘modern, exciting, and global trade publishing list’.

The announcement follows the news earlier this year that Hardie Grant had acquired full ownership of the former joint venture Hardie Grant Egmont, creating Hardie Grant Children’s Publishing. The publisher said it plans to expand its current offices in Melbourne and Sydney and ‘add presence in London and San Francisco’.