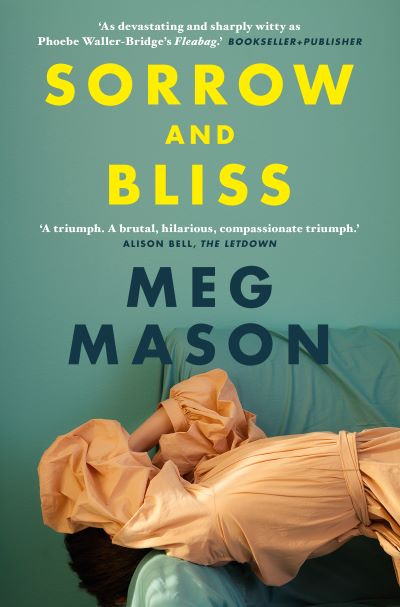 ‘Sorrow and Bliss’ to be adapted for screen

US production company New Regency has acquired the film and television rights to Meg Mason’s 2020 novel Sorrow and Bliss in a deal brokered by Casarotto Ramsay and HarperCollins Australia.

Mason’s novel follows a woman trying to make sense of the mental illness that’s plagued her for decades, ‘combining the psychological insight of Sally Rooney with the sharp humor of Nina Stibbe and the emotional resonance of Eleanor Oliphant is Completely Fine‘.

Sorrow and Bliss was published by HarperCollins in Australia and New Zealand in September last year and rights have been sold in 21 countries and 16 translation territories. The novel will be released by HarperCollins in the US and Canada in February and by Weidenfeld & Nicolson in the UK in June 2021.

Jonathan Burnham, president and publisher, Harper Division, HarperCollins US, said, ‘How can something so hilarious move the reader to tears? How can such a sad story make one laugh so much? Meg Mason pulls off this brilliant feat in Sorrow and Bliss. Everyone who has read this at Harper has fallen in love with Meg Mason’s fierce, tricky, funny heroine, and we are all deeply proud to be publishing this amazing novel.’